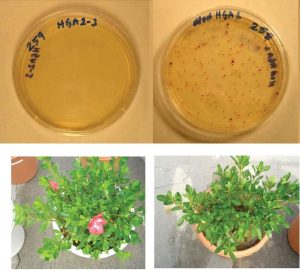 MightySteam® was used on untreated “dirty” garden soil, which was then incubated for 42 hours to test for bacterial and fungus growth. On the left is the bacterial growth as found on the soil sample treated with the MightySteam®. On the right is the control sample, featuring a high colony count compared to the treated soil.  These SaniZap machines are very useful for vertical farming.

In addition to testing the number of bacteria colonies in the soil, the growth of each plant was measured after 49 days of growth.

The visual difference is apparent, with the MightySteam® treated plant featuring more blooms and a greater quantity of leaves. In addition, the MightySteam® treated plant experienced fewer brown leaves and had less leaves fallen off by day 22 and day 44.  The data reported below is from one plant.  It is not fully statistically developed.  It is just an anecdotal indicator example.

Did you know sterile soil plant shed less leaves! Thats what we found. 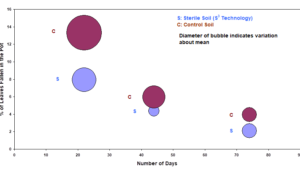 As Organic as it gets!

Use the SaniZap-1 or SaniZap-600-4 with the sprayer nozzle to reach around bends, inside soil and so much more..

The difference between organic and non-organic (conventional) food has to do with how food is produced. For example, organic food like vegetables, fruit, eggs, milk and meat is produced without: Synthetic  pesticides, herbicides and fertilizers.  Use of steam is probably the best growth enhancing method without pesticides.  The SaniZaps and other higher flow steam systems are excellent for Vertical Farming.  Steam sanitation and sterilization can be carried out on soils, mulch, coir, fibers (natural and artificial), peat and other soil additives. 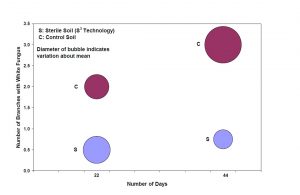 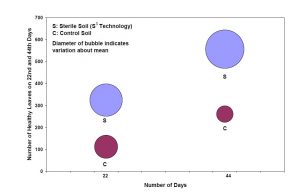 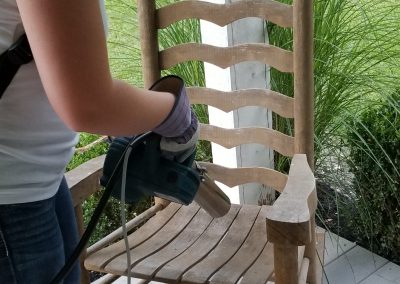 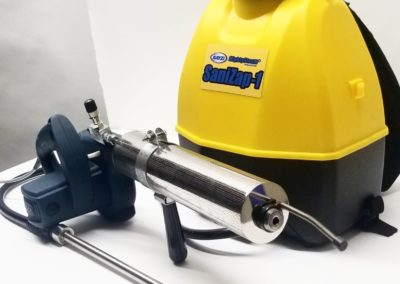 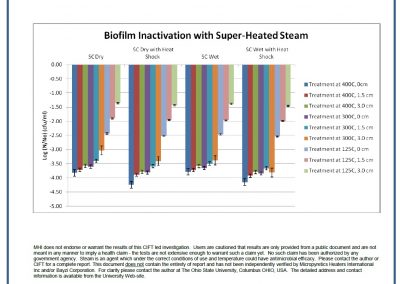 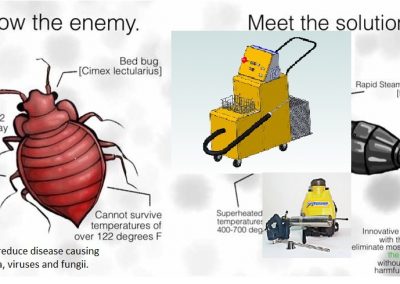 Know the Enemy – Embrace the Solution

Know the Enemy – Embrace the Solution 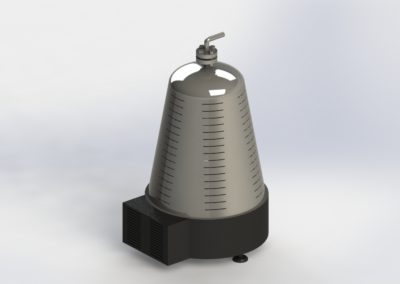 No public health claims are implicitly or expressly implied by Bayzi regarding the MightySteam®. All claims made regarding the MightySteam® are not verified by any government organization. Each application is unique, so results and/or efficacy will vary from user to user. Always read all applicable manuals and obey safety procedures including wearing appropriate eye protection, thermally insulated gloves, closed toe shoes, and long sleeves/pants while operating the MightySteam®. Remember, MightySteam® unit generates very hot temperatures. If used incorrectly, it will inflict serious burns on any living object placed in front of the steam nozzle, so use utmost care during operations. Results and efficacy vary by application. Always test MightySteam®
MightySteam® | www.bayzi.com | Height of Plant with Sterile Soil Cleaning Soil with SaniZap 1 Before and After

Cleaning Soil with SaniZap 1 Before and After